The intensely flavourful Sterlet caviar comes from the Sterlet sturgeon (Acipenser ruthenus), which is one of the smaller sturgeons and produces small eggs. 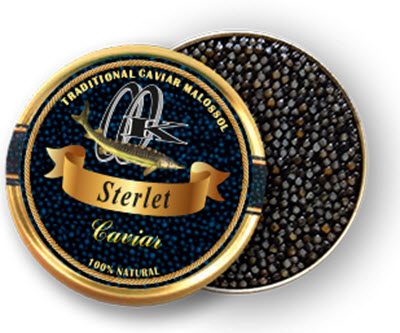 The version of Sterlet caviar that is golden-yellow is strongly associated with the Russian tsar family, the Habsburg monarchy and the Shahs of Iran.

The Sterlet sturgeon is listed as Vulnerable on the IUCN Red List 3.1.

Today, a majority of the Sterlet caviar on the international market comes from Sterlet sturgeons spawned and raised on fish farms.

The Sterlet sturgeon is an unusually small species of sturgeon, and it produces small eggs. The roe sports a pearlescent shimmer and can be anywhere from pale gray to dark grey, and (more unusual) the famous golden-yellow. Some of the dark gray Sterlet caviars display deep-blue hues if you look carefully, and there are also versions that look almost black to the naked eye.

The texture of Sterlet caviar is juicy and creamy, and this caviar has an earthy flavour, with rich elements of nuttiness.

The Sterlet sturgeons live in large rivers that flow into the Caspian Sea, Black Sea or Azov Sea, and it is also found in rivers in Siberia as far east as Yenisei. Populations that migrate from saltwater to freshwater to spawn have gone extinct.

As mentioned above, the Sterlet is one of the smaller sturgeons. The largest specimens are around 100-125 cm and weigh around 15 kg. Both species reach sexual maturity at a comparatively young age, which is probably one of the reasons why this species has not yet become Endangered or Critically Endangered in the wild. (It is listed as Vulnerable by IUCN.) The males begin to spawn at 3-7 years of age, and it is not unusual for 5-year-old females to spawn.

Sterlet sturgeons spawn from mid-April to early June, and the female can produce anywhere from 15,000 to 45,000 eggs.

So far, the Sterlet sturgeon is only listed as Vulnerable on the IUCN Red List 3.1. It has become locally extinct, however, and the global population is under threat from overfishing, dam buildings and water pollution. It is fished both for its caviar and to be eaten as a food fish. Dam buildings are a problem since they block the sturgeon from reaching its spawning grounds.

Restocking projects exist for the Sterlet sturgeon, but re-introducing it into the wild is precarious as the underlying problems have not been fixed. Re-introduced individuals are still threatened by overfishing, pollution and dams. 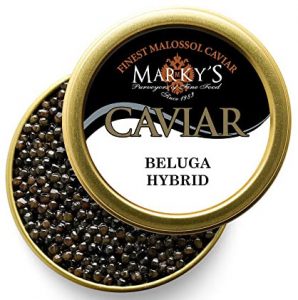 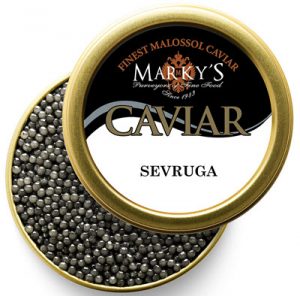 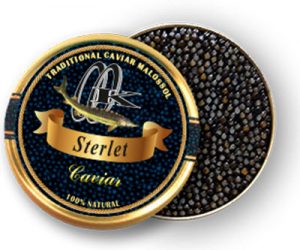